When the pandemic hit, my employers told me, “Do not come right now.” No one paid me for those cancellations. 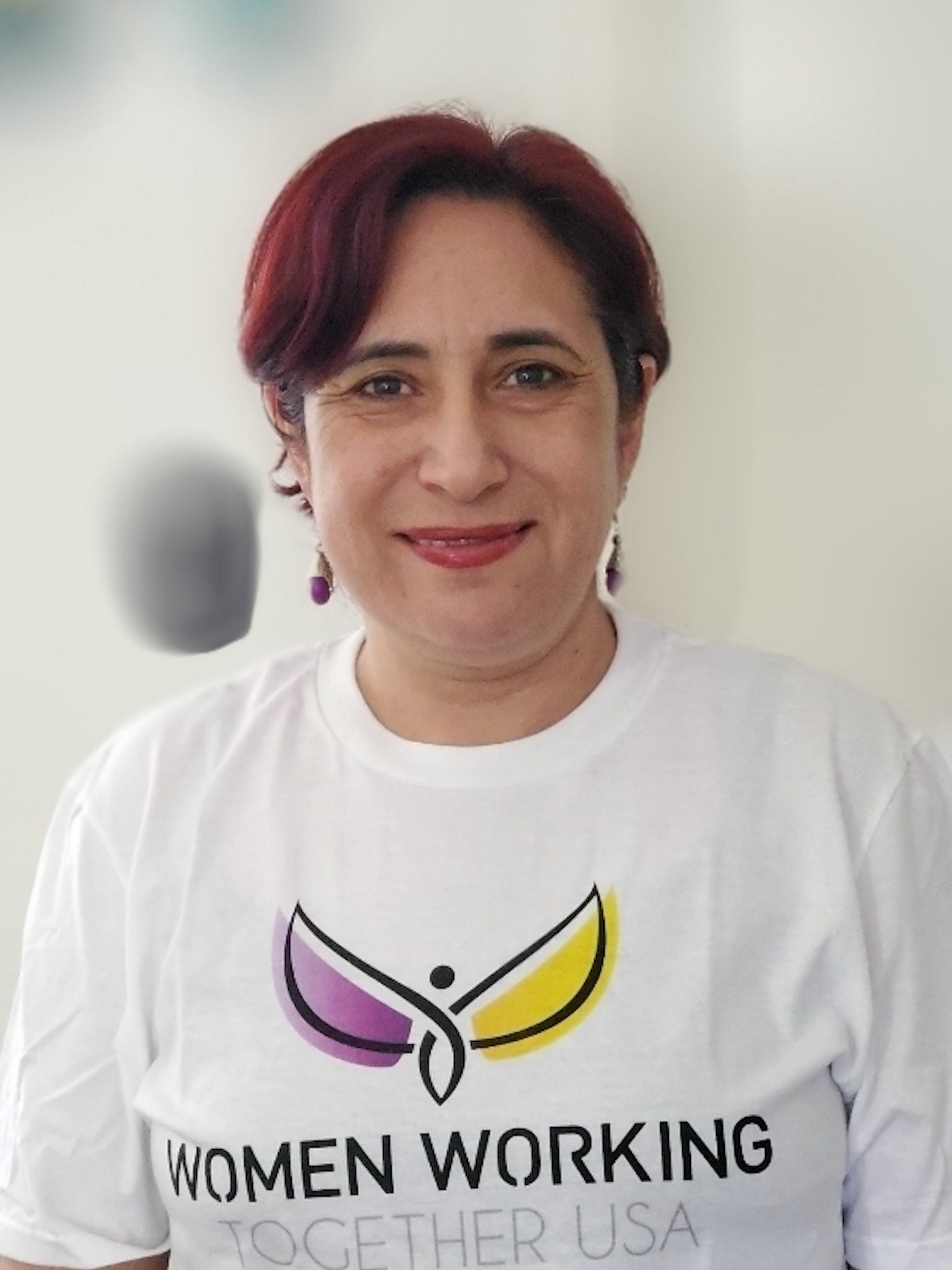 Before this pandemic hit, life was still difficult. I had to work all the time to meet my debt and keep on paying for my home and everything. I was doing house cleaning during the week, and I worked as an administrator in a carpentry company on the weekends. I would do all kinds of odd jobs to complement whatever I needed to pay my rent.

My son was graduating, so I also had to make sure that I could pay for his college on top of my rent, utilities, and food. I worked 40 to 50 hours per week, which depended on what jobs I got and on whoever called that week. Sometimes I made $400 in a week, but a lot of times it was less than that.

When the pandemic hit, my employers texted or called me to tell me, “Do not come right now.” They said that they were afraid and that they didn’t want me to come over because of everything that was happening, and that they were going to be staying home. No one paid me for those cancellations.

I’ve lost all of my work. It’s been really stressful and difficult, and there is a lot of uncertainty. There’s still no pardon for rent or utilities, and there’s no jobs available. It’s hard as a domestic worker and as someone who doesn’t have documents because you have nothing to actually fall back on. I have very little credit on my only credit card. I can’t borrow from my friends, and there’s nobody who can loan you money. There is just no recourse.

I paid my March rent with my credit card. That’s the reason it’s so depleted. I didn’t pay April or May, I’m trying to work out something with my landlord to ask her to please wait because it’s really hard right now. She calls me all the time to see if I’ve finally gotten a job, if I can get an advance. I have very little money, and I don’t want to spend it on that, but she calls me constantly.

Everyone tells you “Oh, apply for help from the government,” but when you do the application it says only residents and that I’m not a citizen. And the truth is, it hurts my heart constantly because I work and I contribute. I pay taxes, I help within my community, I’m an activist, and I study—and there millions and millions of other domestic workers just like me who are being let down by the system. To be not even noticed and not considered as part of this group of essential workers, I consider that a horrible discrimination. Domestic workers are on the same level as many of the people that are helping in terms of doctors and nurses, because we are also on the front line keeping families safe. It’s really a discrimination that we’re not considered for this help. We need to be valued and recognized as workers in the community.

I also want to say that, as a domestic violence and sexual violence survivor and a victim of wage theft, many of us are like me and are suffering. It’s painful, we hear everybody repeating that this virus is impacting everybody. But it’s impacting a lot of us on the front lines in a different way. There’s a population of domestic workers who are not visible, who are not included in this process, and who are the lowest in the totem pole as workers, so the considerations are not there.

Honestly, I don’t know where I go from here. There’s a lot of uncertainty. I feel like I’m falling into a very deep well. In 2008, during that recession, I felt a pressure, but I was still able to work. Right now it feels different. It feels like there’s no exit, especially for undocumented domestic workers because we have no benefits. We have no papers, no work, and nowhere to go to get help because we’re excluded.

This interview was conducted through a translator.

Clio Chang is a freelance writer in New York City.