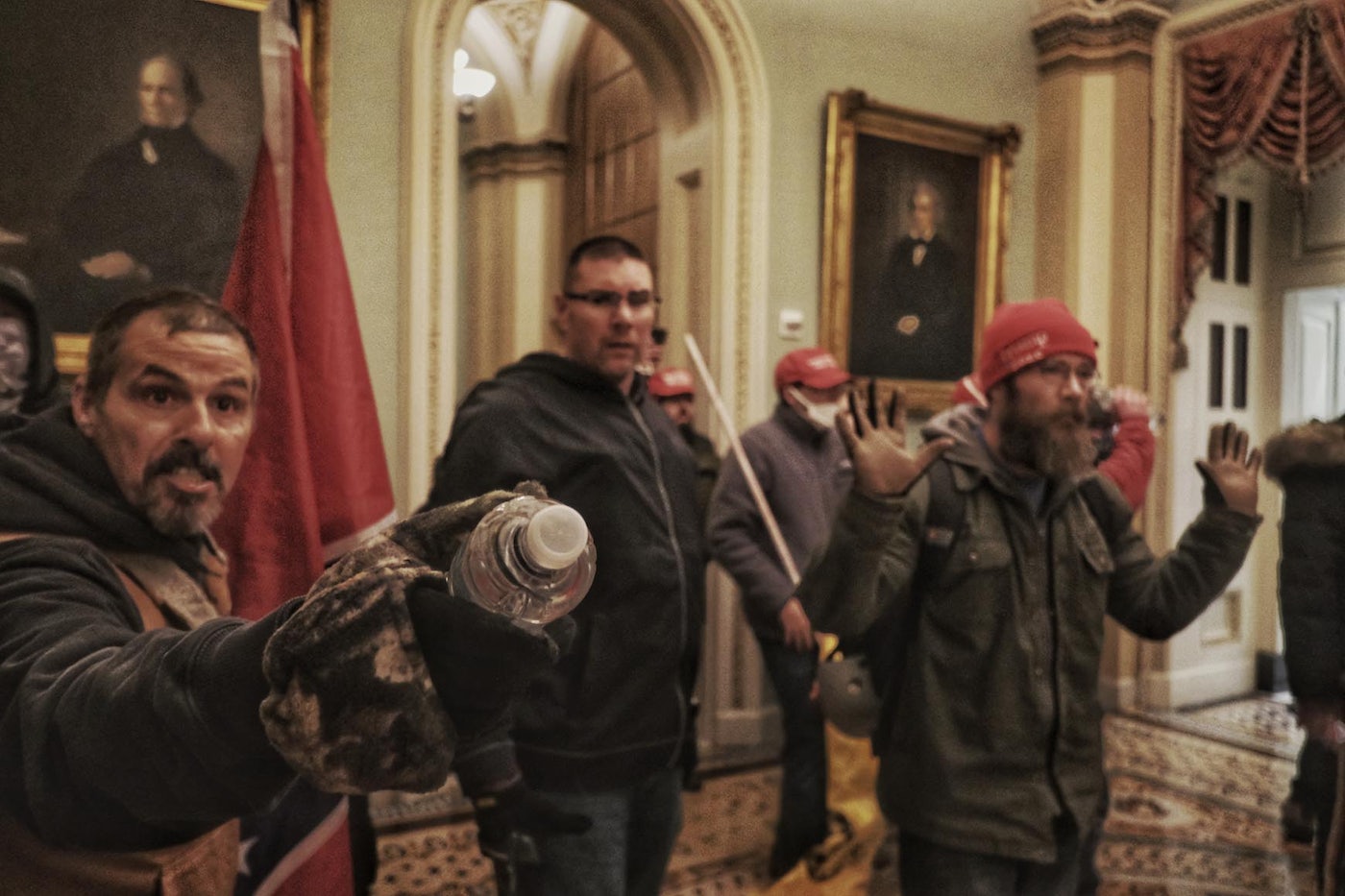 For more than three decades, photojournalist Ron Haviv has covered wars and unrest across five continents. One of his first international assignments was covering the 1989 coup attempt in Panama.* So when he watched President Trump order his fever-pitch mob of supporters to “walk down to the Capitol” on Wednesday to somehow correct the “egregious assault on our democracy” involved in counting and certifying votes, Haviv could gauge better than most what might happen next.

“I kind of did imagine that if everything went wrong, I could see them getting into the Capitol,” he told me by phone Wednesday evening. “But I didn’t see it being as easy as it turned out to be. Why would you think that? It just seems ridiculous. This is the United States government.”

But it took only an hour or so for rioters answering the call of their mad overlord to push past Capitol Police and start ramming their way into the building. Haviv spotted a group of a dozen or so climbing the scaffolding of the inaugural stand being built for January 20, and heading toward a window. “I went with the moment,” he said, and climbed in with them. “The scaffolding was all the protection there was. They were getting pepper-sprayed and some flash bombs, but that didn’t really stop them.”

When the group found themselves inside (see video above) there was more of a sense of confusion than of purpose: We’re in, what now? “They had expected a lot more to follow them,” Haviv said. “They just didn’t know what to do. There was no leadership, there was no plan. Also, there was no target. They weren’t saying, ‘We’re going to get Pence or McConnell.’ Just, ‘We’re going in, it’s ours. You let Black Lives Matter do whatever they want, and this is what we want to do.’”

Later, after the initial group emerged into a fog of smoke from the late-amassing police, Haviv followed a second group of 10 or so back in. His images show the jagged, chaotic, and raw nature of the attempt to steal America for Donald Trump—the fervent futility of what transpired inside the Capitol.

As they charged the Capitol, rioters sprayed what Haviv says was “orange-colored liquid” at the increasingly overmatched Capitol Police. “It’s our house, we want justice!” some hollered.

Police tried to deter the marauders with pepper spray and flash bombs just outside the Capitol. “If people had actually known what they were doing,” Haviv said, “actually had some plans, the police would have obviously been overwhelmed” more quickly and thoroughly.

The first group of about a dozen to breach the building climbed the inaugural scaffolding, mounted a set of stairs, and smashed through this window, “as amazed as anyone else that they were just able to keep going forward.”

Inside the Capitol, federal police attempted to prevent additional rioters from entering through the broken window.

The first intruders encountered just one Capitol Police officer, who tried to hold them off alone before fleeing to the second floor, where the House and Senate chambers are located, to join his colleagues. The mob followed.

Once they’d broken in, the rioters were at a loss what to do next. “This guy is ransacking an office on the Senate side for no reason,” Haviv said, “while other people yell at him for ransacking.”

A Trump supporter stopped for a rest during the melee, next to a bust of Richard Nixon. Earlier, Haviv saw the man snatch the police flak jacket he’s wearing, along with the shield, gear left by the police outside.

A second wave of rioters entered the Capitol, having cheerfully helped Haviv, with his media badge, through the window. “I was surprised they didn’t realize they were committing crimes and that we were photographing them.”

On the second floor, in a room said to have been occupied 15 minutes earlier by Secret Service officers, QAnon conspiracist Jake Angeli took stock with a “look of awe at where he is,” Haviv said. “They’re in a place where they don’t belong, and they don’t know what to do now that they’re there.”

Police moved in to clear the Capitol grounds at last, around dusk. “That’s the beginning of how they’re ending it,” Haviv said.

By 6 p.m. curfew in Washington, D.C., riot police had surrounded the Capitol.

*This piece has been updated to reflect the chronology of Haviv’s early assignments.

Bob Moser is a contributing editor at The New Republic and reports on politics for Rolling Stone. He is also the author of Blue Dixie: Awakening the South’s Democratic Majority.