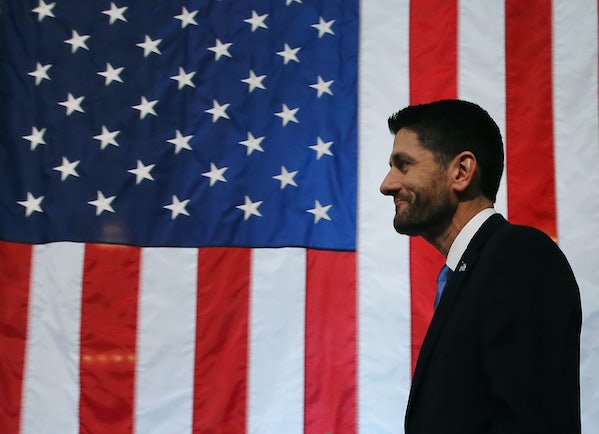 The Obama years were all an illusion, says Paul Ryan.

In a big speech yesterday, the new speaker of the House chose an interesting way to frame the economic legacy of the Obama era. “I don’t think all that many people are walking away from this presidency thinking, ‘That went well,’” Ryan told a friendly crowd. He added, “We still have enormous problems. ... And the federal government has grown arrogant, condescending, and outright paternalistic. So I’d say what we’ve seen these past seven years is the illusion of success.”

This is, of course, the Republican Party’s problem in a nutshell. Under Obama, the economy has grown at a steady rate, reversing the losses of the Great Recession. The jobless rate now stands at 5.0 percent. Liberals, too, would say this demonstrates only an illusion of success, given that the economic gains of the last seven years have largely been captured by wealthy Americans. But it is not Ryan’s intention to reverse those gains; quite the contrary, his previous budgets and the economic plans of the Republican presidential candidates indicate that the GOP intends to solidify them.

What Ryan instead appears to be saying is that true economic success, by definition, cannot coincide with the growth of government. While Democrats will appeal to the insecurities of middle-class and working-class voters in 2016, Ryan and the GOP have a different, far more abstract economic message: that even the gains voters can feel, whether it’s access to health care or a job with the local government, are impure, a scam, not real.