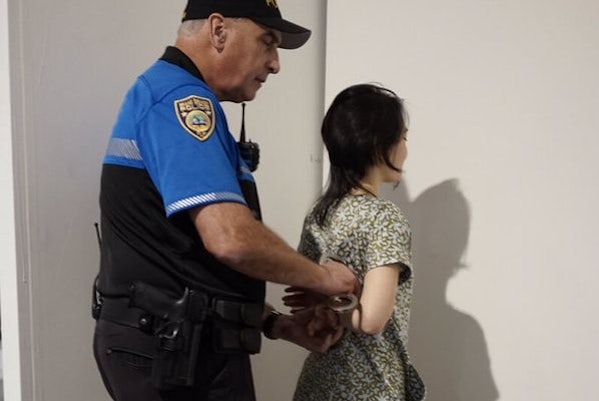 A stabbing at a gallery during Art Basel in Miami is mistaken for performance art.

The Miami Herald and Artnet News report that Siyuan Zhao, a 24-year-old woman from New York, stabbed a female spectator in the neck with an X-acto knife, after accusing her of bumping into her several times. According to the police report, Zhao said to the arresting officers, “I had to kill her and two more! ... I had to watch her bleed!” The Herald reports that visitors to the show, for the most part, thought that nothing out of the ordinary had happened:

Both women were patrons of the art show, not exhibitors. Some patrons thought the stabbing was a performance art presentation. Others believed the police tape cordoning off an area of the convention center was part of an art installation.

The stabbing occurred in a corridor near an art installation entitled “The Swamp of Sagittarius,” created by Miami artist Naomi Fisher and partner Agatha Wara.

Fisher said she was at her exhibit when she heard a scuffle and later saw a woman being wheeled away by paramedics at about 5:30 p.m.

“A guy walked up to me and said, ‘I thought I saw a performance, and I thought it was fake blood, but it was real blood.’”