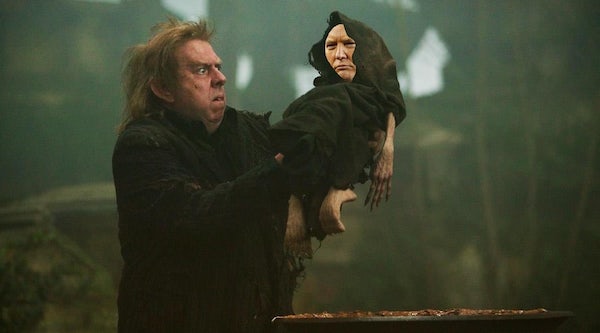 If Donald Trump is Voldemort, what would his horcruxes be?

Earlier this morning, Harry Potter author/person who hasn’t gotten over Harry Potter J.K. Rowling tweeted that Voldemort was “nowhere near as bad” as Donald Trump, after the muggle presidential candidate suggested that the United States ban Muslims from entering the country. Setting aside the fact that Voldemort is a fictional wizard, so comparing any real life non-wizard to him is silly, Voldemort killed lots of people and was obsessed with murdering a child, and both of those things are worse than Trump saying bad things.

But if we set aside the question of who is worse, Voldemort or Trump, a more interesting question emerges. What if Trump were Voldemort? What would his horcruxes be?

Some would be famous. But others would be secret magical items that are dark and twisted enough to contain a piece of Trump’s soul.

1. The golden T from Trump Tower

2. A first edition of The Art of the Deal.

3. If you open a copy of the Bible—supposedly the only book that surpasses The Art of the Deal—kept on Trump’s private plane, you’ll notice the pages are cut out to contain a mirror, around which is golden script that says, “You are richer than daddy.”

4. An enchanted locket that holds the perfectly preserved piece of Trump’s scalp that was removed during “a painful scalp reduction surgery to remove a bald spot” in 1989.

5. A dusty, banged-up old slot machine sitting in some Atlantic City landfill. When you whisper “Ivana” three times, the slot machine turns on, even though it’s not plugged in. If you do not complete the spell correctly, the slot machine will begin spewing coins made of white phosphorus that will burn you to the bone.

6. A jewel-encrusted VHS copy of Citizen Kane that’s hidden deep in the bowels of Mar-A-Lago and guarded by a group of Albanian peasant caddies who were cursed after witnessing Trump cheat at golf.

7. Ivanka. The whole world thought Trump said he’d date his daughter because he’s a creepy old perv, but actually it’s because he wants to make his soul whole.