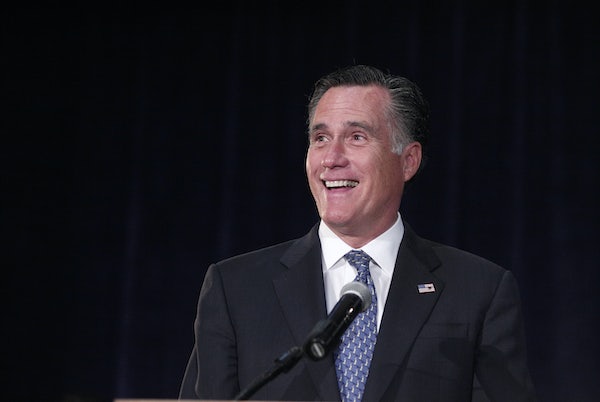 We can only hope Mitt Romney storms the Republican National Convention.

For a candidate who struggled to win the allegiance of his party in 2012, which flirted with the likes of Newt Gingrich and Herman Cain before finally settling on him, it is ironic that Romney continues to hover at the edges of the 2016 race as a potential white knight to unify the GOP. But here we are, with McKay Coppins of BuzzFeed reporting today that Romney’s supporters in January laid out a “vivid, detailed scenario” to seize the nomination at the Republican National Convention if it appears the party is struggling to coalesce around a candidate.

Romney swooping in. Carson stomping out. Trump descending to the floor in a magical escalator. That’s show business.