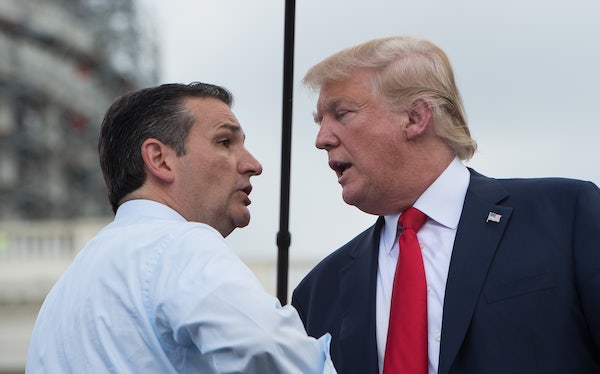 A Bloomberg Politics/Des Moines Register poll this weekend showed that the junior senator from Texas has leapt to a 10-point lead in Iowa. Bloomberg’s Joshua Green reports that Cruz is “poised to draw away even more” supporters from Donald Trump, thanks to his well-advertised strategy of killing Trump with kindness. Trump is responding in the only way he knows how, with thin-skinned aggrievement:

The two candidates, among many others, will face off on CNN on Tuesday night at the last Republican debate of 2015, where we can expect the candidates to train their sights on the new Iowa front-runner.