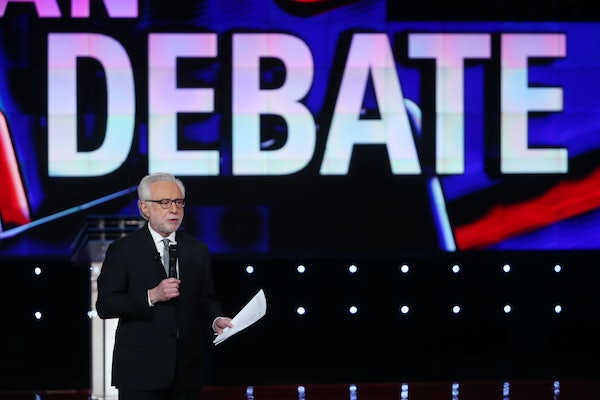 Republicans have an edge in debates sponsored by networks like CNN.

The media is often accused of having a liberal bias, but the true prejudice of networks is towards sensationalism. Twenty-four-hour cable news networks thrive on crime, terrorist attacks, missing planes, and wars. When none of those things are happening, they focus on whatever shark-bites-person story they can dredge up.

Cable news is singularly bad at talking about more intractable economic and environmental problems that don’t involve bloodshed. As it happens, war and terrorism are the topics Republicans are most interested in. As Roll Call summed up a poll conducted last month, “Republicans are most consumed by terrorism, immigration, and the tenets of Islam while Democrats are eyeing health care, education, and economic uncertainty.”

So when Republicans go on debates sponsored by CNN or Fox News, they are conducting arguments on friendly ground, with hosts that share their sense of what is important in the world. No wonder even Republican candidates who have no chance of winning, like Lindsey Graham, keep showing up for the debates. There is nothing Graham loves more than issuing apocalyptic warnings about foreign policy, and the cable news networks are always willing to lend an eager ear.