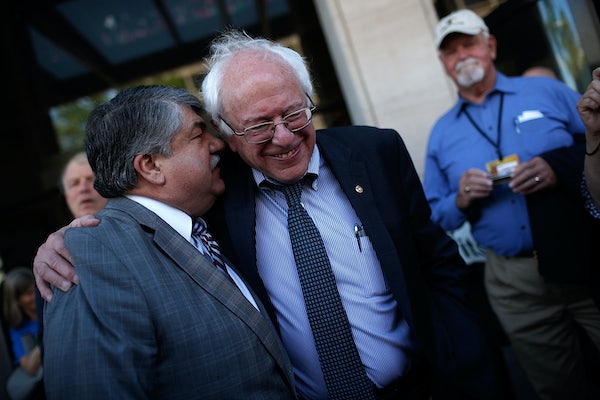 That gap was even wider before the Vermont senator scored his biggest union endorsement yet on Thursday: the Communications Workers of America, which has 700,000 members.

In other words, the union race is already over. True, the AFL-CIO—whose president, Richard Trumka, can be seen embracing Sanders in the photo above—still hasn’t endorsed a candidate, but they likely won’t do so until the race is already decided.