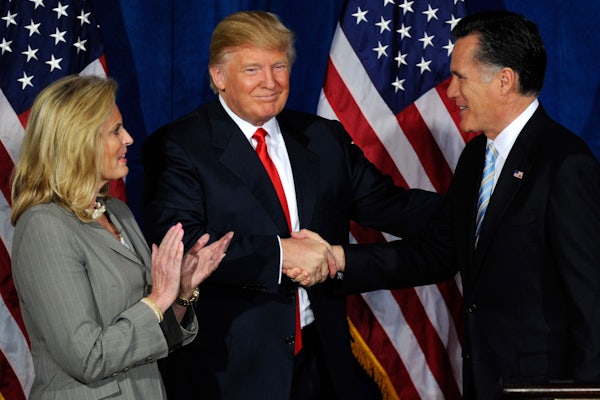 Mitt Romney is learning to sub-tweet.

Donald Trump is being widely rebuked for responding to Joe Scarborough’s question about Vladimir Putin’s killing of opponents and journalists by saying, “I think our country does plenty of killing, also, Joe... There’s a lot of stupidity going on in the world right now, Joe. A lot of killing going on. A lot of stupidity. And that’s the way it is.” But perhaps the most interesting response came from the 2012 Republican presidential nominee Mitt Romney, who Trump supported at the time.

In less than 140 characters, Romney established:

1) He is mastering the art of sub-tweeting;

2) he is confident enough to include Obama as being one of “our presidents” despite the inevitable risk of being called a RINO;

3) he’s still interested enough in politics to issue a statement that is already causing many to wonder if he’ll enter the nomination race.