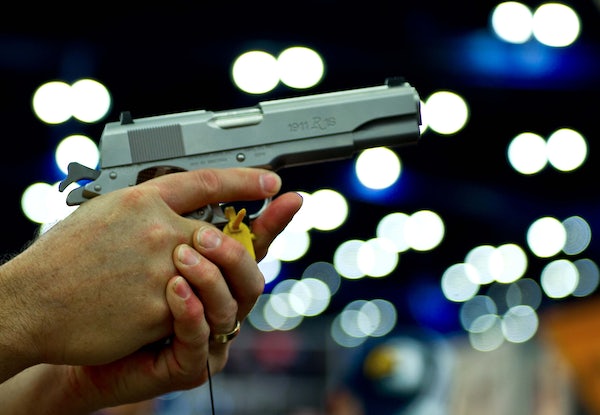 Virginia will no longer recognize concealed carry handgun permits from Florida, Louisiana, Ohio, and 22 other states.

On Tuesday, Attorney General Mark R. Herring announced that a review of 30 concealed carry reciprocity agreements had found 25 states whose concealed handgun regulations contradicted Virginia’s. A Virgnian disqualified from getting a permit in his home state because of criminal charges, mental illness or other restriction could have simply gone to another state with few restrictions on gun ownership to obtain a permit. Not anymore.

Virginia, which Guns & Ammo ranked the 24th best state for gun owners this year, still doesn’t require a permit for open carry. Even so, gun policy has been in the state’s public awareness since 2007, when 32 people were killed by a shooter at Virginia Tech. For a few years following the massacre, Virginia’s gun laws grew weaker thanks to opposition in the state legislature, but since Governor Terry McAuliffe (a Democrat) took office in 2014 he has implemented multiple gun control measures.  He vetoed three firearms bills in April and banned firearms from state buildings in October.