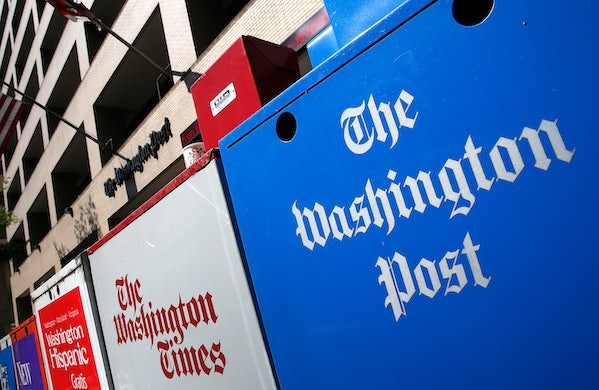 The Washington Post has a strange definition of “leftist.”

Writing in the Huffington Post, Peter Dreier bemoaned the firing of Post columnist Harold Meyerson, noting that it has silenced one of the paper’s major left-wing voices. As Dreier noted, “The Post’s current line-up of regular columnists includes conservatives George Will, Kathleen Parker, Charles Krauthammer, Michael Gerson, and Marc Thiessen,” but with Meyerson gone it has “only two real liberals, Eugene Robinson and E.J. Dionne, and no one with Meyerson’s leftist views.”

This elicited a strange response from Jackson Diehl, the deputy editorial page editor of the Post, who in the comments section wrote, “Eugene Robinson, Ruth Marcus, Katrina vandenHeuvel [sic], Richard Cohen, Greg Sargent, and Rachel Maddow are among those who will be surprised to learn that E..J Dionne is the only ‘real liberal’ among regular Post columnists.”

Diehl’s response hardly dealt with the burden of Dreier’s argument, which was that Meyerson’s union-focused social democratic politics were to the left of other voices found in the paper. Moreover, Rachel Maddow only occasionally writes for the paper. Vanden Heuvel’s weekly column most often runs only online, and Greg Sargent writes an excellent blog, not an op-ed column. Ruth Marcus is fairly described as a centrist. And as for Richard Cohen, he is notorious for making sexist, racist, and homophobic comments.

If Cohen is the best example of liberalism (let alone leftism) that the Post can come up with, the problem with its op-ed section is obvious.