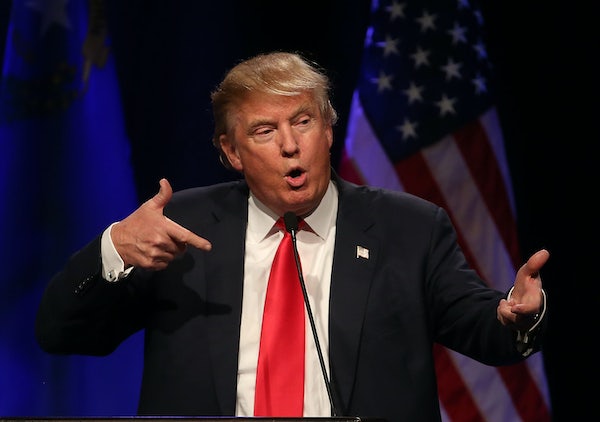 Is Donald Trump too scared to say that to your face?

He’s a real tough customer, that Trump. He isn’t afraid to speak his mind, at least on the safety of a debate stage. But everything changes in the green room, according to The Washington Post, which reports that Trump is a bit squeamish about actual confrontation with his campaign rivals:

“There’s a myth about Donald,” the same person said. “He doesn’t like one-on-one confrontation. He likes going on Twitter and taking off at somebody. Or he’s in another room and you’re 5,000 miles away and he bangs you. But when you’re face-to-face, he doesn’t like it. He’s not comfortable with it. He wants to be liked, and you could tell that backstage.”

Someone should inform GOP primary voters that no one ever beheaded ISIS and took their oil by wanting to be liked.