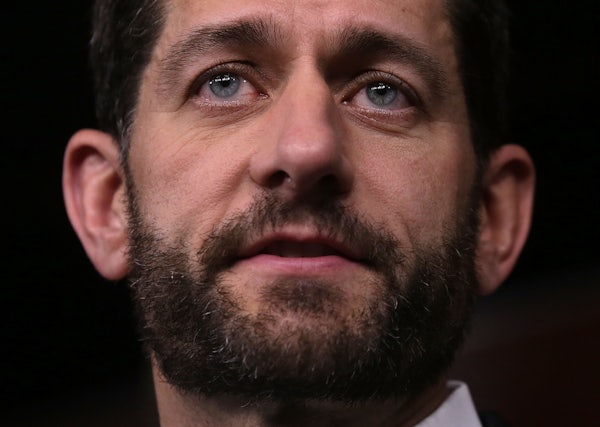 The hottest conspiracy theory of the end of 2015 was “Paul Ryan’s Muslim Beard”—that the House speaker had grown a beard because he had converted to Islam, not because he thought it looked cool (it was an improvement, but let’s not go too far) or because his face was cold a lot.

To be fair, it was more of a meme than a legitimate conspiracy theory. Even its adherents didn’t seem to take it too seriously, and instead used “Muslim” as shorthand for “anti-American,” a fixture of our toxic politics for a decade-plus. Ryan’s positions on the budget deal and the TPP may have been nuanced, but why explain complicated disagreements when you can accuse someone of being a secret Muslim? In any case, the attacks did seem to be getting to Ryan—according to Bloomberg View, he “told the president that some on the angry movement right have even accused him of being a Muslim.”

But as of Wednesday, we don’t have Paul Ryan’s beard anymore. He shaved it—presumably leaving hair in the sink of the Capitol Hill office in which he sleeps—while also possibly (or possibly not!) renouncing his Muslim faith. We’ll never know.