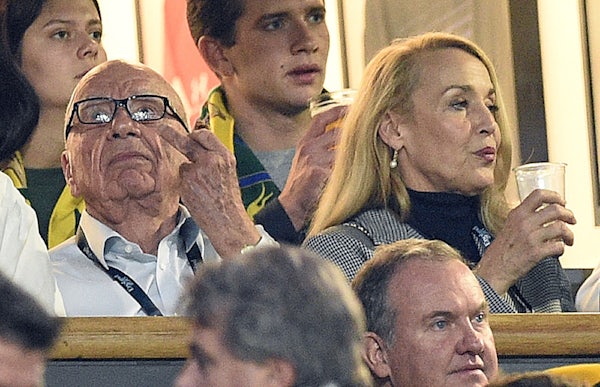 Rupert Murdoch’s love life is worthy of a soap opera.

Not busy enough overseeing his vast media empire, which includes Fox News, Murdoch maintains a very active social life. He’s announced his engagement to actress and model Jerry Hall after a whirlwind romance of four months. The union will bring together two large and storied families. Murdoch, age 84, has six children from his three previous marriages.  Hall, 59, has four children from her long-time relationship with the rock musician Mick Jagger. Hall and Jagger had married in 1990 but the relationship was declared invalid by the Church of England and Wales in 1999.

If the Daily Mail is to be trusted, Murdoch’s happiness in his relationship with Hall comes after a rocky break-up with his ex-wife Wendi Deng, who allegedly became infatuated with former British Prime Minister Tony Blair. Murdoch owns many tabloids, including the New York Post, but his private life is intriguing enough to fill all the gossip columns by itself.