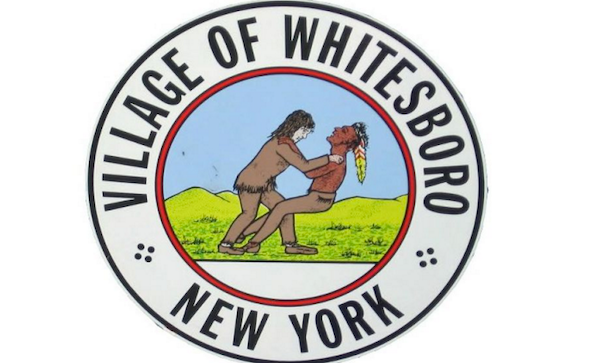 That racist town seal with the white guy strangling the Native American will live on.

The good citizens of Whitesboro, N.Y., voted, 157-55, to keep the seal despite the controversy surrounding it. Officials say it depicts “a friendly wrestling match” between town founder Hugh White and an Oneida Indian—which White won, clearly. According to town lore, he also won “the lasting respect and goodwill of the Oneidas,” the Associated Press reports. With the vote, it appears the economic anxiety plaguing white Americans across the country shows no signs of abating.