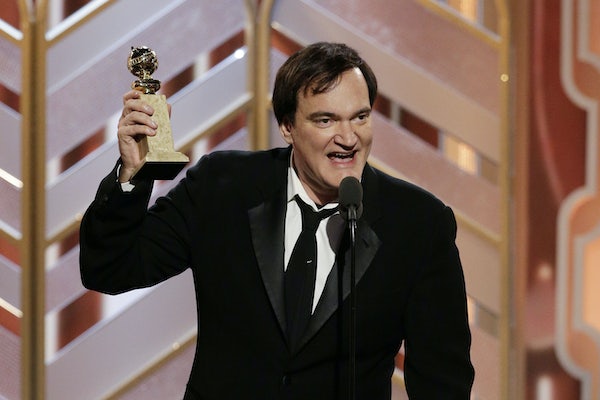 At today’s Oscar nominations, it was good to be a novelist, bad to be Quentin Tarantino or Aaron Sorkin.

Aside from a complete disregard for racial diversity and complete disinterest in Carol, which was snubbed in both the Best Picture and Best Director categories—the nominations for Cate Blanchett and Rooney Mara feel dutiful more than anything else—the most shocking part of today’s Oscar nominations came in the writing categories. Neither guy-who-has-turned-mansplaining-into-an-artform Aaron Sorkin, who won in 2010 for his screenplay for The Social Network, or foulmouthed wax figure Quentin Tarantino, who won in 2013 for Django Unchained and 1995 for Pulp Fiction, received nominations for their work in Steve Jobs and The Hateful Eight, respectively.

Instead, Bridge of Spies, Ex Machina, Inside Out, Spotlight, and Straight Outta Compton were nominated in the Best Original Screenplay category. Of those five films, only Spotlight seemed like a lock to be nominated, and Straight Outta Compton is arguably the most surprising inclusion, though Bridge of Spies is also surprising—it was partially based on the book Strangers on a Bridge.