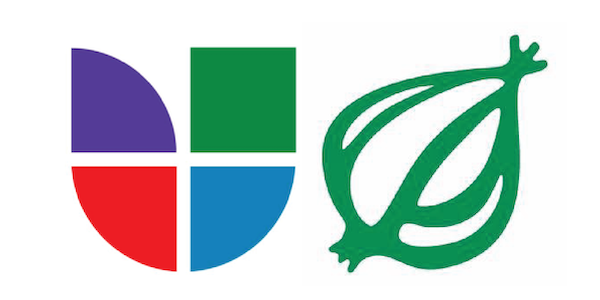 Not a joke: Univision buys The Onion.

A Spanish-language media company and an English-language satirical news site might seem like unlikely bedfellows, but NPR reports that Univision Communications Inc. has purchased a controlling stake in the popular site.

The move also gives Univision control over The Onion’s pop-culture site The A.V. Club and the viral content satire site Clickhole. The Onion, which published its final print edition in 2013, has been up for sale since the fall of 2014.

So what’s in it for Univision? The company dominates the Spanish-language TV market, though it still trails most U.S. network newscasts, and has been seeing increased competition from fellow Spanish-language network Telemundo. Its recent ventures demonstrate a desire to reach new audiences, from its launch of the millennial-focused Fusion network, to its acquisition of The Root, a site geared towards black readers.

And after Univision’s very public dispute with Donald Trump this summer, this could be the start of a beautiful friendship.