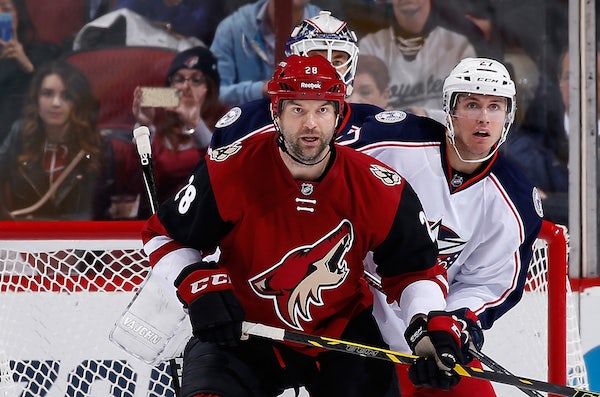 The NHL tried to rig an election, and lost.

The league, which seems to change the format of its all-star game every few years, did so again for this year’s game with a single-elimination tournament of four three-person teams—and allowed fans to choose the players in an online vote. That’s how the Arizona Coyotes’ John Scott, a 33-year-old bench-warmer with just a single point in 11 games this year, became the Pacific Division’s team captain.

The NHL, wanting its annual showcase populated by bona fide stars, asked Scott to bow out (as did the Coyotes). Scott refused. He was promptly traded to the Canadians, who sent him down to the American Hockey League. After days of outrage over Scott’s treatment, the NHL announced Tuesday that Scott would indeed captain the Pacific Division team despite no longer being a) in the Pacific Division and b) in the NHL.