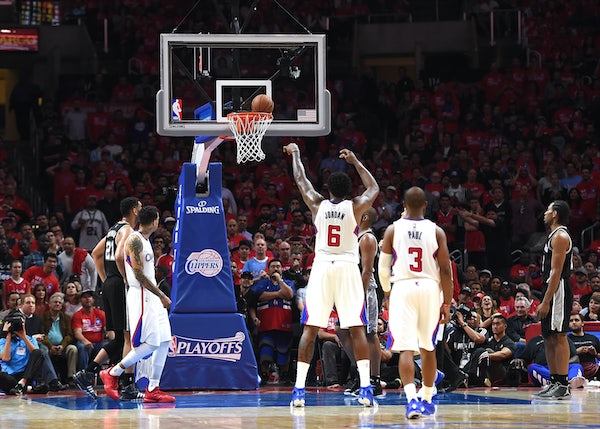 How much intentional fouling will be too much for Adam Silver and the NBA?

Intentional fouling took over discussion of the NBA this week, as it has at some point nearly every season since Hack-a-Shaq became an occasional winning strategy.

On Wednesday, the Houston Rockets fouled Detroit Pistons center (and horrific free throw shooter) Andre Drummond 12 times in a row to start the third quarter. (K.J. McDaniels alone fouled Drummond five times during that stretch.) People were outraged, as they should have been—there was no hot take hot enough to argue that watching a terrible foul shooter shoot foul shots again and again is good basketball.

Then, last night, David Blatt turned a marquee Cavaliers-Clippers matchup into a foul-off. The strategy worked—the Cavs pulled away by repeatedly sending Clippers center (and horrific free throw shooter) DeAndre Jordan to the line—but the game became a pissing match between two coaches who seemed determine to turn the game into a piece of performance art.

Where does the NBA draw the line? Adam Silver and the NBA have ambitions to continue to expand the game nationally and internationally, but that seems impossible if play is mired in intentional fouls, which bog down the game’s best selling point: that it’s freewheeling and open. There are good arguments against changing the rules, but it’s also true that intentional fouling is a threat to the league’s expansion. If Silver is considering changing the rules, Tom Ziller’s proposal would be a good place to start.