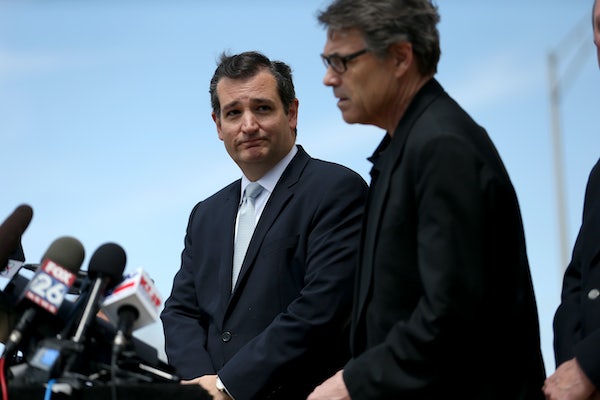 Republican office-holders and notables are facing a tough dilemma as the presidential primary seems to be coming down to a choice between two unappetizing contenders: Ted Cruz and Donald Trump? “Who do I hate more,” many GOP officials must be asking themselves.

Cruz of course is especially hated by those in the Senate and Congress, who see him as a disruptive egomaniac who will overthrow the party’s consensus to advance. Hence the suggestions by Bob Dole and others that Trump is the lesser of two evils.

But those who have competed against Trump in the primaries have an especial reason to hate him, since he as repeatedly insulted them in the nastiest way possible. Consider former Texas governor Rick Perry. Perry “put on glasses so people will think he’s smart,” Trump mocked. “And it just doesn’t work, you know, people can see through the glasses.”

Naturally, Perry has come down in favor of Cruz. As more candidates drop out of the presidential race, it’ll be interesting to watch the fallout from Trump’s skills as an insult comedian. Cruz could end up getting surprise endorsements from Jeb Bush, Carly Fiorina, Rand Paul and others.