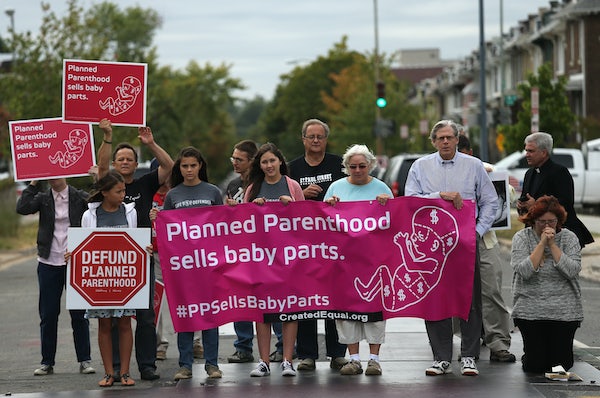 The videographers behind the Planned Parenthood “sting” got stung instead.

They were both indicted for tampering with a governmental record, while Daledien, in attempting to bait Planned Parenthood on camera, was also indicted for violating the “prohibition of the purchase and sale of human organs,” which is Guy de Maupassant-level ironic.

Despite high-profile support from presidential candidates like Carly Fiorina, who delved into Ralph Wiggum-esque fan fiction while describing the videos at a Republican debate, Daleiden and Merritt have often come across as the gang that couldn’t shoot straight and their videos have been widely debunked.

Harris County District Attorney Devon Anderson explained the reversal, saying, “We were called upon to investigate allegations of criminal conduct by Planned Parenthood Gulf Coast. As I stated at the outset of this investigation, we must go where the evidence leads us. All the evidence uncovered in the course of this investigation was presented to the grand jury. I respect their decision on this difficult case.”