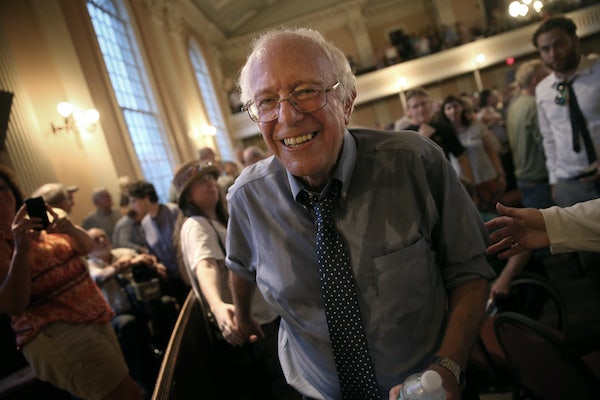 The New York Times reports that the Sanders campaign is having a Hamlet-like identity crisis over whether to release a negative ad in Iowa targeting Hillary Clinton. The risk is that the ad could hurt Sanders’s pledge to run a positive campaign. But as far as these things go, the ad sounds pretty mild.

The other takes aim at a central vulnerability of Mrs. Clinton, her Wall Street ties, by contrasting Mr. Sanders’s vision for overhauling the financial industry with Mrs. Clinton’s. ...

[Senior adviser Tad] Devine declined to describe the advertising in detail, other than to say that the tougher ad would give “new information more in the wheelhouse of the kind of Wall Street argument.” He was careful not to refer to the ad as negative, instead emphasizing that it highlighted differences between the two candidates.

Team Clinton, of course, is adamant that Sanders stick to the high road, telling the Times that even to suggest that Clinton’s ties to Wall Street are problematic is “to parrot Karl Rove’s attacks.” But that’s silly. If Sanders can’t even point out the well-known fact that Clinton was paid hundreds of thousands of dollars in speaking fees by Goldman Sachs, then what is the point of a primary campaign?