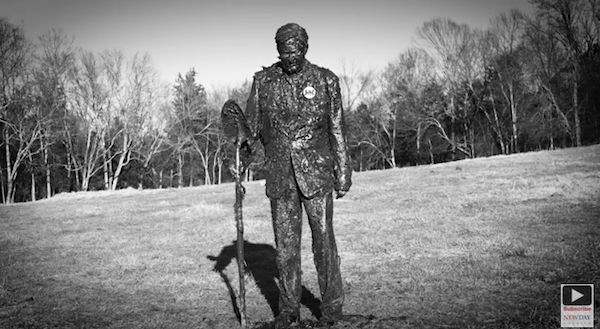 No wonder people have taken to calling the Republican race a “circular firing squad.”

With the clock ticking down to Iowa and New Hampshire, the candidates are pouring all the money they collected last year into last-ditch efforts to sway voters, often through negative ads.

The attacks in the last week have been particularly vicious, with the Republicans running in the establishment lane in New Hampshire hoping to divert voters away from their competition, and Ted Cruz and Donald Trump attacking each other in Iowa. Here are some of our favorites from the last month:

The most savage: In “System,” the Cruz camp claims that Donald Trump stands against little old ladies.

Least subtle: In “Tax Plan,” Conservative Solutions, the PAC behind Marco Rubio, feeds the conspiracy theory that Ted Cruz is Canadian and therefore ineligible to run for president. Think maple leaves, the Canadian flag, and the dulcet tones of “O Canada.”

Best Visuals: Just think how many Jeb Bush body doubles had to roll around in the mud before New Day for America, the PAC behind John Kasich, cast someone for their new ad, “Mud.”

You can see other recent attack ads here, in the New Republic’s brand-new 2016 Campaign Ad Archive, a comprehensive database of what voters from Iowa to South Carolina have been watching since campaign season kicked off ten months ago.