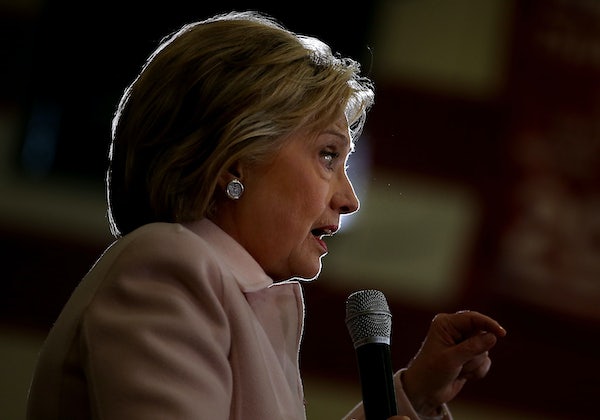 Twenty-two of Hillary Clinton’s emails have been classified as top secret, but her campaign wants you to see them anyways.

The Associated Press reports that the latest batch of emails released from Clinton’s unsecured personal server contained 37 pages of material so restricted that they won’t even be published with blacked-out redactions. Clinton may not have sent the emails herself, but would have been required to flag any misclassified information that she saw.

Clinton campaign spokesman Brian Fallon reiterated that Clinton wanted all the emails made public. It’s worth noting that none of the emails were marked as classified when they were sent and that the State Department has still not decided whether that was a mistake. One email, Fallon said, appeared to contain “information from a published news article,” which would suggest that the top secret classification was perhaps overkill.