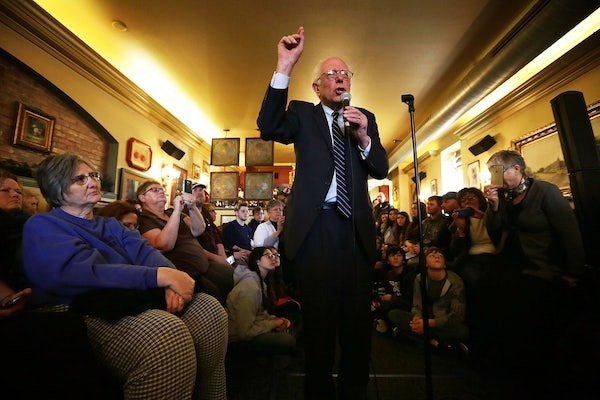 Bernie Sanders supporters are the poll truthers of 2016.

Remember the lead-up to election night 2012 when there was a small but vocal part of the internet that was convinced that all the polls pointing to a comfortable Obama win were wrong? They valiantly tried to “unskew” all of the bias out of the polls and predicted a Romney win.

Here is an email that Public Policy Polling bemusedly shared via Twitter on Friday afternoon. It’s a laundry list of pointed questions and grievances that serve to undermine the findings of their latest Iowa poll, which gives Hillary Clinton an eight point advantage over Sanders. Questions like: “How is an outcome of 851 representative of, ‘likely Democratic caucus voters when you failed to provide a mapping of that sample to probable outcomes and a distribution array?”

Sanders supporters have made a habit out of discounting polls showing their man trailing Clinton, crying foul when unscientific online polls aren’t taken seriously, and relying on anecdotal stories about 20 people in an Indiana White Castle as proof that Sanders’s support runs deeper than the polls let on.