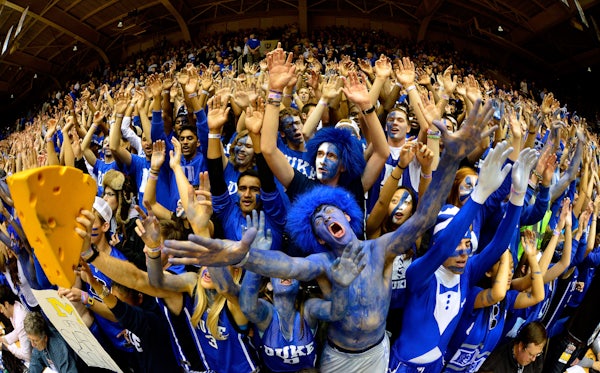 The last time Duke men’s basketball played a game as an unranked team, George W. Bush was president, the iPhone had just been introduced, and Hillary Clinton was barely holding onto a slim lead in the polls over a progressive, grassroots challenger in the Democratic presidential primaries.

But last week, the Blue Devils dropped a game to the University of Miami on the road, lowering their record to 15-6 on the season and leading the Associated Press to boot them from their weekly Top 25 poll for the first time since 2007.

Duke’s streak, the fifth longest in NCAA history, lasted 167 weeks and encompassed two national championships (2010 and 2015). Halfway through this year’s conference schedule though, Duke is ninth in the standings and in jeopardy of finishing in the bottom half of the ACC.