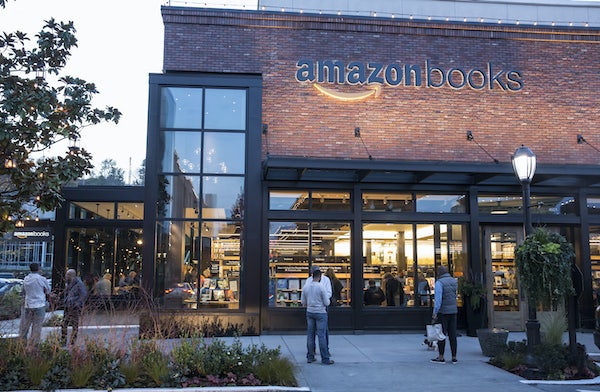 Is Amazon about to open hundreds of physical bookstores?

The Wall Street Journal is reporting that the CEO of a mall chain, General Growth Properties, told investors that Amazon was opening “300 to 400” stores in malls across the country.

Amazon hasn’t commented on the story. Per three amusing updates on this Gizmodo story, it has cited a policy not to comment on “rumors and speculation” and called the stories that are circulating “misleading,” but also refused to deny it. That suggests that Amazon both might be up to something involving brick-and-mortar, and that it does not want whatever it is to get out in this way.

Amazon’s hypothetical stores would likely look like the one it opened in Seattle last year, which Paul Constant memorably described as “the world’s greatest airport bookstore.” (We also weren’t impressed.)

The biggest question here is: Why? Amazon has always been averse to expensive overhead and the jump from one store to hundreds seems out of character. It’s possible that Amazon sees the stores as mini-warehouses that will aid in its quest to make same-day delivery a cost-effective reality. It’s also possible (though significantly less likely) that Amazon is expecting Barnes & Noble, which has a dangerously low amount of cash on hand, to falter.

But until we hear otherwise, it looks like Amazon is looking to expand brick-and-mortar much faster than many, myself included, expected.