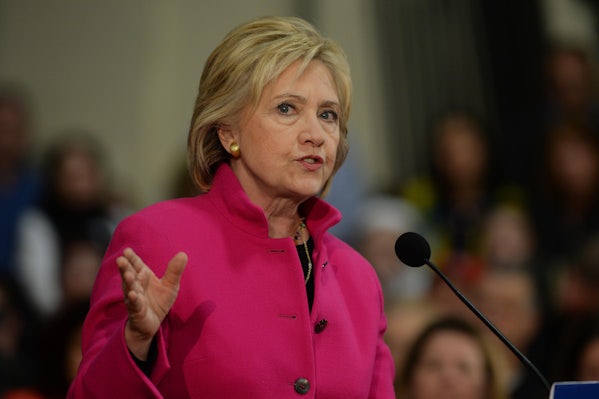 The question of whether Clinton is a real progressive will be at the heart of tonight’s debate.

Her bona fides became an issue earlier this week when Bernie Sanders was asked if Hillary was a progressive, and he replied on “some days.” The dispute then spilled over to Twitter, where the two candidates (or more likely their social media managers) composed duelling tweetstorms on this issue, with Clinton insisting on her right to be called a “a progressive” and Sanders citing her many compromised stances, such as her support of the Iraq War. The topic came up again last night in the New Hampshire Town Hall, where CNN host Anderson Cooper pressed both candidates for their thoughts on where they stand on the progressive spectrum.

Tonight, for the first time, we’ll hear the candidates tackle the definition of progressivism face-to-face. It’s an inevitable question because it goes straight to the divide between the two candidates. Does progressivism mean pushing forward a full-throttle social democratic platform, as Sanders believes? Or does progressivism mean a more pragmatic approach to politics that involves defending past Democratic achievements and building on them, as Clinton argues? That’s the core question in tonight’s debate, and indeed the rest of the Democratic primary.