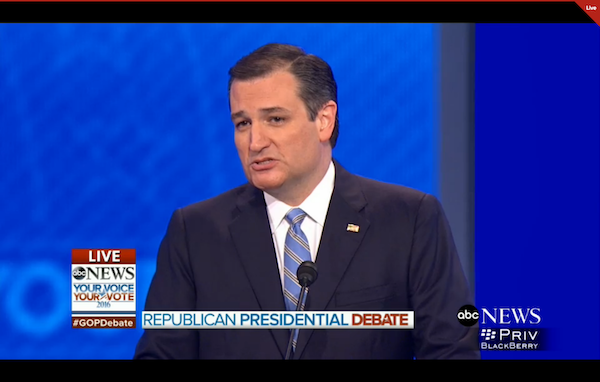 Trump asserted his dominance over Cruz early in the debate.

In early February, Cruz launched a fierce attack on Trump, saying, “We’re liable to wake up one morning and Donald, if he were president, would have nuked Denmark.” Asked about these remarks in the debate, Trump made a strong defence of his temperament while Cruz was unwilling to repeat the words of the original attack. Trump drew the appropriate lesson: “People back down with Trump.” As repugnant as Trump is, it’s hard to gainsay his remarks. A lot of the Republican debates have been about asserting primate-like dominance, trying to prove who is the alpha-male on the stage. Trump once again showed why he’s better at that particular game than the rest.