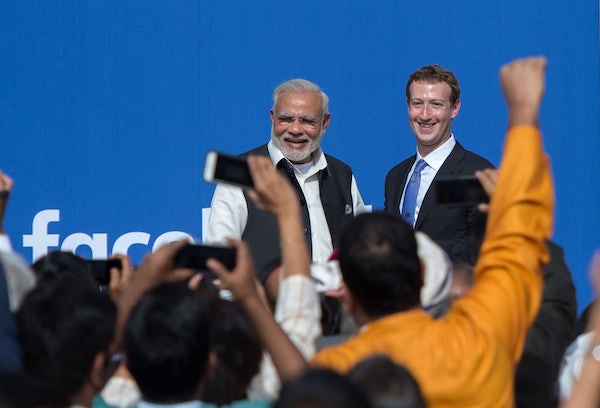 Facebook’s attempt to become India’s internet has been thwarted.

The Telecom Regulatory Authority of India ruled on Monday to effectively ban Facebook’s “Free Basics” program. Free Basics is a text-only version of Facebook, available in a few dozen countries and marketed as a way for low-income people in the developing world to access vital information on the internet.

Improving global internet access has been something of a personal project for Facebook CEO Mark Zuckerberg, but many have questioned his methods. Critics have pointed out that while Free Basics may be free of cost, it limits people’s options to the point that they may simply equate Facebook with the internet at large—which would constitute a prohibitive foothold in a market that can only grow. The program has been swept up into the net neutrality debate and Zuckerberg has weathered accusations of offering “poor internet to poor people.”

Egypt has already shut down its version of Free Basics. While Facebook is still working on bringing cheap wi-fi to India, the Regulatory Authority’s decision represents the end of Free Basics in India.