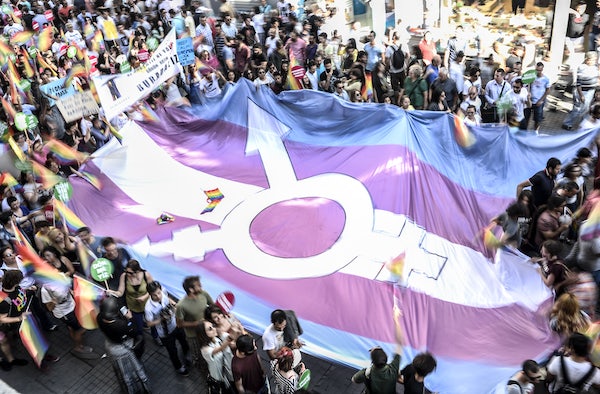 South Dakota is attempting to become the first state to ban transgender students from using the bathroom of their gender identity.

The state legislature voted yesterday to pass the bill, which is now heading to Governor Dennis Daugaard’s desk. The bill requires students to use bathrooms and locker rooms that match their birth sex, regardless of how they currently identify. Schools would need to provide accommodation for these students in the form of single-stall bathrooms or use of staff bathrooms, but opponents say that these solutions won’t prevent bullying or singling out of transgender students.

Supporters of the bill believe they are “preserv[ing] the innocence of our young people,” as Republican state Senator David Omdahl said on Tuesday. Omdahl added, “I’m sorry if you’re so twisted you don’t know who you are. I’m telling you right now, it’s about protecting the kids, and I don’t even understand where our society is these days.”

While Daugaard originally supported the bill, he changed his tune last week, saying “he’d need to study it more before making a decision.” Even if the bill is signed by the governor, forcing students to use bathrooms that don’t correspond to their gender identity is prohibited under Title IX.