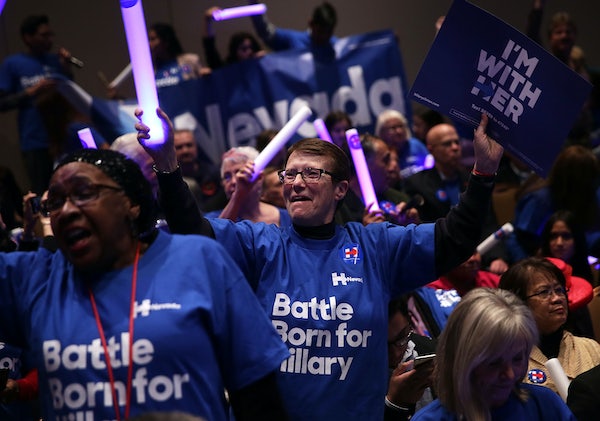 Losing Nevada would be a gut-check moment for Team Clinton.

The Nevada caucus is a genuine cliff-hanger. Polls are tightening, but that doesn’t tell us much since the Nevada caucus has been notoriously hard to poll. Still, it’s worth thinking about the scenarios that could come out of the state. A strong Clinton victory would reinforce her campaign’s narrative that Sanders has a white demographic base that is far too narrow for a viable Democratic candidate. But if the race is close or if Sanders wins, then Team Clinton will have to do serious soul-searching.

The thin margin of Clinton’s win in Iowa and the strong Sanders win in New Hampshire have both been written off as products of unrepresentative, largely white states, one of them adjacent to Sanders’s home base in Vermont. But as Nate Silver astutely notes in FiveThirtyEight, there are far fewer excuses for losing a diverse state with an older population. A Clinton loss would demand the campaign rethink its strategy, since it would be clear that what they are doing now is not working.