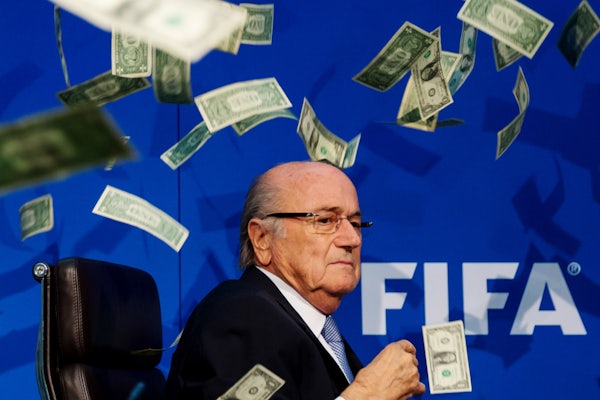 Sepp Blatter has written a book about how he’s the real victim.

So Blatter is hitting back with a book that, though not quite his If I Did It, is very Sepp Blatter. Given the Alan Partridge-esque title Sepp Blatter: Mission Football, its Swiss publisher, Werd and Weber, describes it as classic revenge story: “Despite the success, Blatter repeatedly had to put up with harsh reviews and prejudices. In this richly illustrated book, Sepp Blatter tells how he learned to deal with the hostility.” (The book is called “richly illustrated” because, for reasons I do not quite understand, it will be a “photograph-based publication,” presumably meaning that it will be filled with photographs of Blatter’s notorious backroom dealings.)

It’s hard to imagine how the Blatter saga could be any more of a farce than it already is, but here we are. I can only guess how Blatter will top Sepp Blatter: Mission Football in terms of pushing FIFA into new heights of absurdity, but I’m sure he’ll find a way.