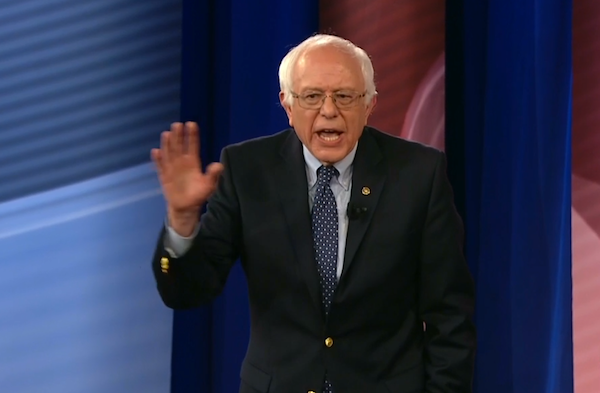 Sanders: I can’t be a “single-issue candidate” because my rallies are long and tremendously boring.

The Hillary Clinton campaign hit Bernie this month with an ad accusing him of being singularly obsessed with the excesses of Wall Street, thereby overlooking other equally important issues.

During a Democratic town hall in South Carolina on Tuesday night, Sanders took umbrage with the ad (for, among other things, showing him with unkempt hair) and defended himself with a humblebrag about his massive campaign rallies.

“They are the longest, most boring discussions in the history of politics,” he told CNN moderator Chris Cuomo. “I talk for an hour, hour and a half,” he said, listing a host of other talking points such as infrastructure spending, free college tuition, and universal healthcare. “It’s not the only issue.”