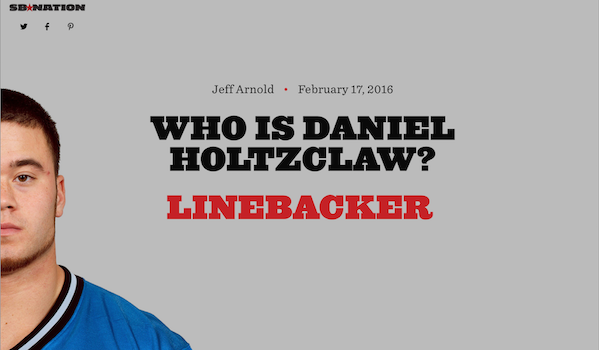 The fallout continues at SB Nation after a botched article on a convicted rapist.

The editor of the piece was Glenn Stout, a well-credentialed sports reporter who also oversees SB Nation’s entire longform program. Or used to anyway. In a lengthy tick-tock account of how and why the Holtzclaw story was approved, Deadspin reported on Friday that Stout has been fired by SB Nation for his role in its publication.

Internal emails leaked after the piece was published show that Stout was full of praise for the piece, shopping it proudly to colleagues as a “tough, insightful, and timely” look at Holtzclaw’s college football career. Elsewhere within SB Nation though, other editors voiced concerns about the piece, which almost entirely glossed over the sexual assaults Holtzclaw committed. Those concerns were repeatedly ignored by Stout and others responsible for the story’s approval.