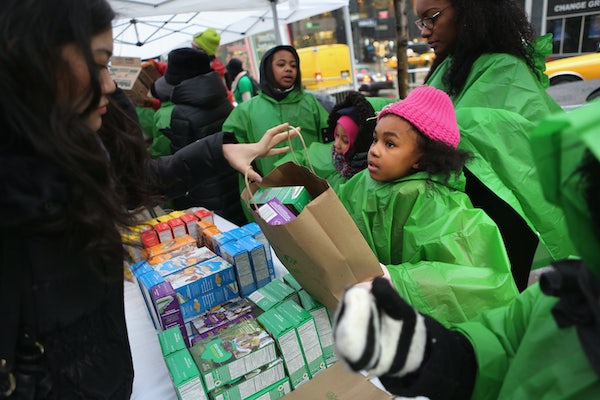 An archbishop hopes to undo all of Pope Francis’s work by hating on Girl Scouts.

Girl Scout cookie season doesn’t just mark that point on your calendar when you give up on your New Year’s resolution to eat better. It also brings the annual announcement by Catholic leaders that those sugary, Satan-filled Tagalongs will turn your children into transgender feminists.

This year, the Archdiocese of St. Louis is the first one to warn “church members to think twice about membership and even about buying their cookies” from those deranged demon-children in sashes. Apparently, allowing girls to join regardless of their sexual orientation or gender identity isn’t the only thing that puts the organization at odds with Catholic values. According to the Archdiocese’s letter, the Girl Scouts’ affiliation with notable hate groups like Amnesty International and Oxfam, along with their idolization of Gloria Steinem and Betty Friedan, is “in conflict with Christian values.” I guess the church will just have to settle for the crappy microwave popcorn sold by the Boy Scouts.