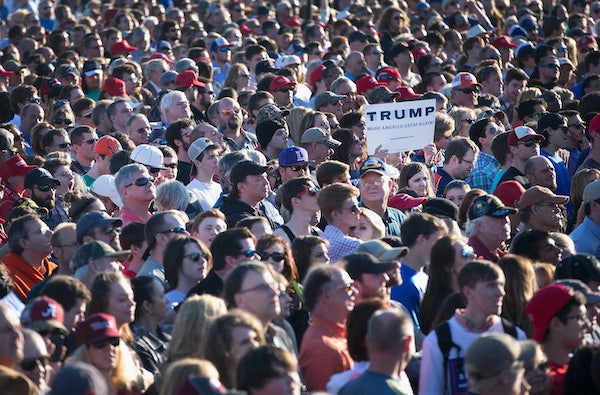 As we head into Super Tuesday, Donald Trump’s lead appears to be growing.

A new nationwide poll from CNN/ORC shows Trump drawing the support of a near-majority of the Republican electorate:

On the Republican side, the new survey finds Trump’s lead is dominant, and his support tops that of his four remaining opponents combined. The businessman tops his nearest competitor by more than 30 points: 49 percent back Trump, 16 percent Marco Rubio, 15 percent Ted Cruz, 10 percent Ben Carson and 6 percent John Kasich.

The survey was conducted between February 24-27, which means some respondents were polled after a Republican debate on February 25 that was widely seen in the press as a victory for Marco Rubio.

The focus on Super Tuesday will be on delegates. But the polling spells a long-term problem for candidates hoping to eventually surpass Trump.