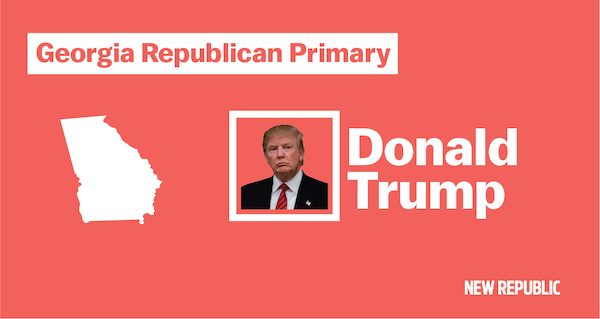 Donald Trump has won Georgia, his first state in the Deep South of the night.

Immediately after polls in Georgia closed Tuesday night, the major news networks announced that Trump had won the state, as expected. In recent polls, he was running around 40 percent, 20 points above Marco Rubio, his nearest competitor.

What’ll matter now is the margin: CNN exit polls show both Ted Cruz and Rubio with more than 20 percent of the vote, meaning that they both cleared the threshold necessary to get at least some of Georgia’s 76 delegates. Rubio likely did so by targeting the highly educated suburbs outside Atlanta where the voters are slightly more moderate. But now, what Rubio really wants is to best Cruz. It looks like it’ll be a nailbiter as to who clinches second.