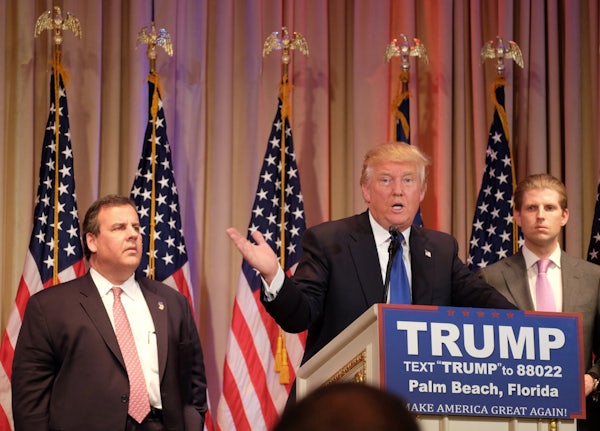 They called him a con artist. They labeled him a racist. They tried (and tried and tried) to paint him as a eunuch, a man who overcompensated for his “small hands” with vulgar shows of virility. His opponents erected a series of characters in the hope that at least one would supplant the real thing in the imagination of voters, but they were all flattened by juggernaut Trump, who claimed a convincing victory on Super Tuesday by winning a swath of states from Massachusetts to Alabama.

Why didn’t these attacks—or more accurately, depictions—work? Perhaps because Trump is his own greatest character. The novelist Joshua Cohen, who helmed the New Republic’s Twitter account yesterday to promote his essay about Bernie Sanders, described Trump as a “self-fictionalizer,” which captures how Trump has successfully characterized himself as a savior strongman who can change the world. As one of his supporters said of her affection for the real estate mogul: “I just needed to rise up, and it’s a great feeling.”

Of course, the absurdity of his presidential candidacy lies precisely in the yawning gap between this fiction and the actual Trump, a spray-tanned, oddly coiffed charlatan who does a bad impersonation of an actual master of the universe. But we are all familiar with the discrepancy between our self-image and how the rest of the world perceives us. In this, there is reason to envy Trump, who has seen his fictional self reflected at every stage of this campaign.