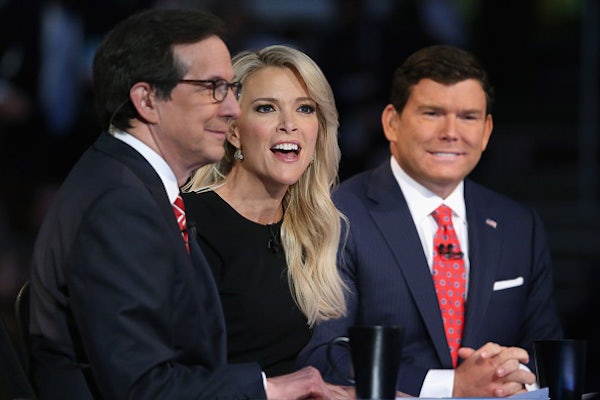 Donald Trump’s most interesting opponent at tonight’s debate will be Megyn Kelly.

Yesterday he made a good point when he said, “I think these debates are ridiculous now. I mean, you get the same answer over and over again.” But tonight, in addition to fending off the usual attacks from Rubio and Cruz, Trump will be squaring off against Kelly for the first time since she really, really got under his skin during the first Republican debate hosted by Fox News back in August.

What can we expect? Kelly told the Times that she wouldn’t go out of her way to provoke: “I doubt the very first question of the debate will be from me to Trump.” A softer approach toward Trump may be in line with Roger Ailes’s new take on the race. Gabriel Sherman reported yesterday that Ailes said he was “finished with Rubio” after his poor performance on Super Tuesday.