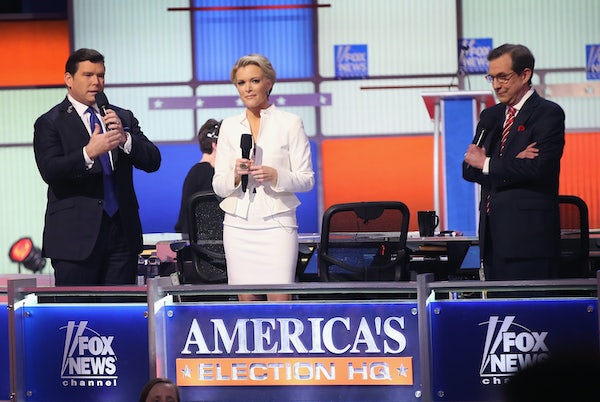 Fox News got revenge on Donald Trump for skipping its last debate.

Last night, I was convinced that Trump was going to have a cakewalk. That was largely because of a New York magazine article that claimed Fox News boss Roger Ailes had told a host: “We’re finished with Rubio.” Watching the lead-up to last night’s debate, I became more certain. Here are some chats I sent to my editor:

Boy, was I wrong!

Instead, Fox straight-up pummeled Trump for two hours. The moderators made him watch a Powerpoint about how his budget was bullshit. They got him to flip-flop on immigration, and never stepped in to stop him when he went on weird digressions about the size of his penis. They let Rubio own him on Trump University and even got in on the action. They made him watch a five-minute supercut of him contradicting himself, then let him spin a long Palin-esque yarn to try to explain it away. And then they showed  a video John Kasich’s campaign made comparing Trump to Vladimir Putin. As Gawker’s Alex Pareene noted, “The question for Kasich seems to be, essentially, remember this video your campaign produced to attack Trump? Wasn’t it good?”

Fox News may still rally behind Trump when he becomes the nominee, but last night the network got some sweet revenge.