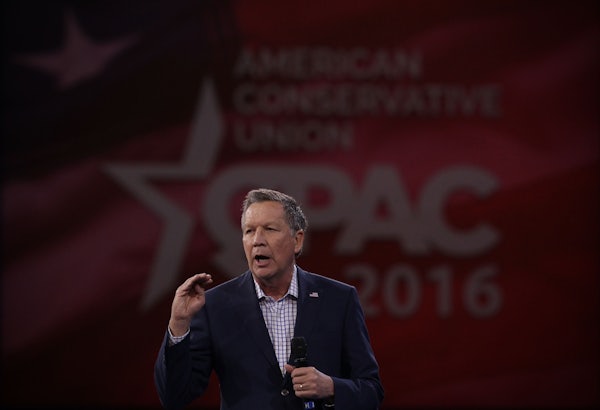 John Kasich is sure he’s going to a brokered convention.

At CPAC, moderator Sean Hannity asked the Ohio governor whether he can rack up the 1,237 delegates needed to win the nomination outright before the Republican convention in Cleveland.

“I don’t think anybody’s going to get there,” Kasich said.

“You think it’ll be a brokered convention?” Hannity responded.

Kasich isn’t the only candidate hoping for a brokered convention. Marco Rubio’s allies are talking about it with increasing frequency, urging voters to support Rubio in Florida and Kasich in Ohio, in a desperate bid to ensure that Donald Trump doesn’t reach the 1,237-delegate threshold.

But the chances that this ad hoc scheme will work are slim. The Upshot’s Nate Cohn wrote today that even if Trump lost Florida and Ohio, he could still win the nomination outright.

As Kasich admitted at CPAC, he would have to win 68 percent of the remaining delegates to get the nomination before the convention, which is all but impossible.