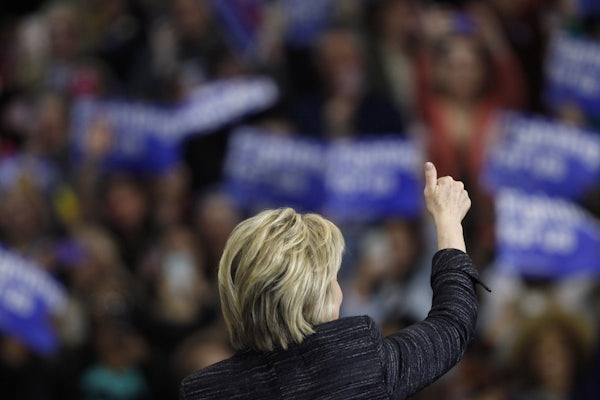 It’s back to the drawing board for Hillary Clinton.

Just when her campaign appeared to be reaching escape velocity, Bernie Sanders pulled off a historic upset in Michigan. It now appears her pivot to the general election was premature, and she’ll have to turn her attention back to the business of winning the Democratic primary. In particular, she’ll have to address what appeared to be Sanders’s strongest selling point in Michigan: that a Clinton White House would be a disaster for workers who have been hurt by trade deals like NAFTA. As CNN notes:

The broader picture isn’t much better. Clinton campaigned heavily on the water crisis in Flint; didn’t help her. She attacked Sanders for opposing the 2009 auto bailout, which you think would be poison for the Sanders campaign; nope. Clinton came away from Tuesday with more delegates, and is still the heavy favorite. But as Nicholas Confessore noted in the Times’s live blog, poor performances in upcoming contests in the industrial Midwest—including Ohio, Missouri, and Illinois on March 15—could further cement the impression that Clinton is weak in a region that will be crucial for Democrats come November.