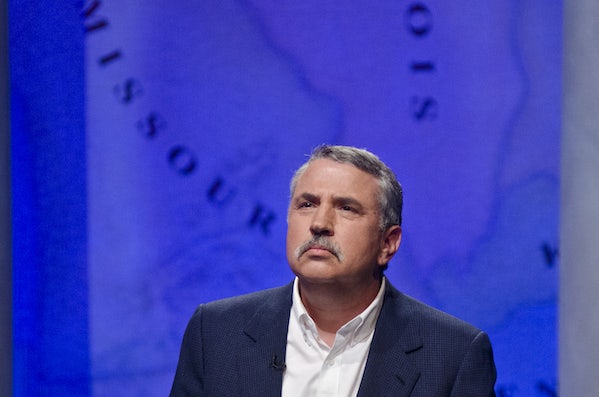 Does Thomas Friedman even know how to play poker?

He argues in his latest column for the Times that Democrats should be worried about the fact that Donald Trump is “sitting with three aces that he hasn’t played yet.” These include: 1) his ability to swing to the center; 2) a possible terrorist attack between now and November; and 3) his ability to attack Hillary Clinton with unique venom. But Friedman adds that Trump “is also holding two jokers with those aces.” The jokers in this hypothetical hand are that he may go too far or that his supporters may go too far.

Now, most people don’t play poker with jokers. But when jokers are used, they are wild cards, which means Trump is holding an unbeatable hand of five aces. To mangle our metaphors a little more, Trump’s mixed bag is actually a jackpot.

(N.B.: While it is strongly suggested that the game Trump is playing is poker, it is possible that Friedman is referring to another game in which aces count as points and jokers demerits. If you know what this game might be, please drop us a line.)