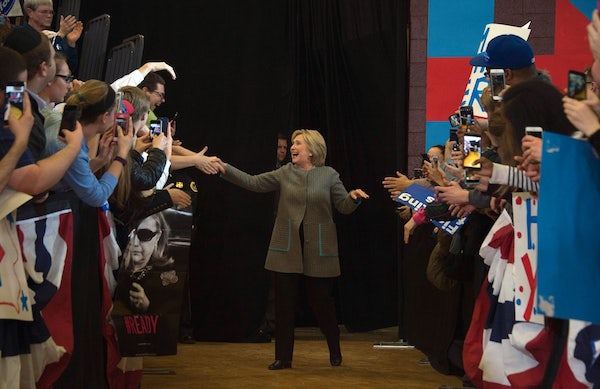 Despite what Donald Trump claims, Hillary Clinton continues to beat him soundly in the polls.

In a hypothetical general election matchup, Trump has a 5-point advantage over Clinton among men, but Hillary’s overwhelming support among women was more than enough to give her a comfortable 9-point lead overall in the latest Washington Post/ABC News poll. This is consistent with other recent polls.

The Democratic frontrunner appears to be building up a similar coalition to the one President Barack Obama relied upon to win two general elections. Clinton is leading significantly with minorities, younger voters, and the well-educated.

She is also the preferred choice of voters on every issue surveyed. On terrorism, foreign policy, and immigration she leads Trump by double digits, and even on the economy she holds a 49 to 45 percent edge.