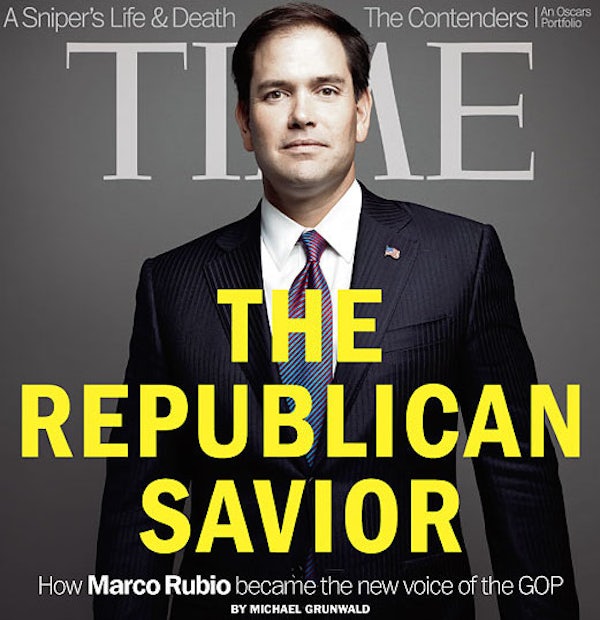 Once upon a time, people thought Marco Rubio was going to win the Republican nomination.

Tonight Rubio lost his home state of Florida, ending his presidential campaign. So complete was his defeat that a Trump supporter yelled, “President Trump!” during Rubio’s concession speech. But at some distant point in the future, when human civilization is gone from this earth, alien historians will look back at news reports and punditry from the 2016 primary season and be convinced that Marco Rubio must have surely won.

Here are the worst predictions of a Rubio victory: