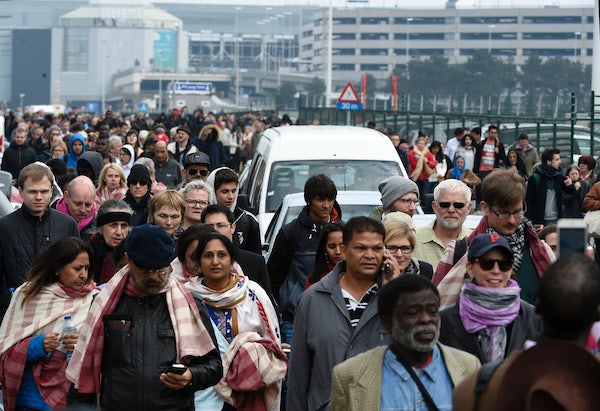 Two explosions rocked the Belgian capital’s main international airport, while a third was detonated in the subway system. Belgian officials said a suicide bomber was responsible for one of the airport explosions. The attack comes mere days after Belgian officials captured Salah Abdeslam, the last at-large suspect accused of involvement in the Paris terrorist attacks in November, in the Brussels suburb of Molenbeek. Brussels is under “virtual lockdown,” according to the Times, and Belgian Prime Minister Charles Michel has told residents to “avoid all movement.”