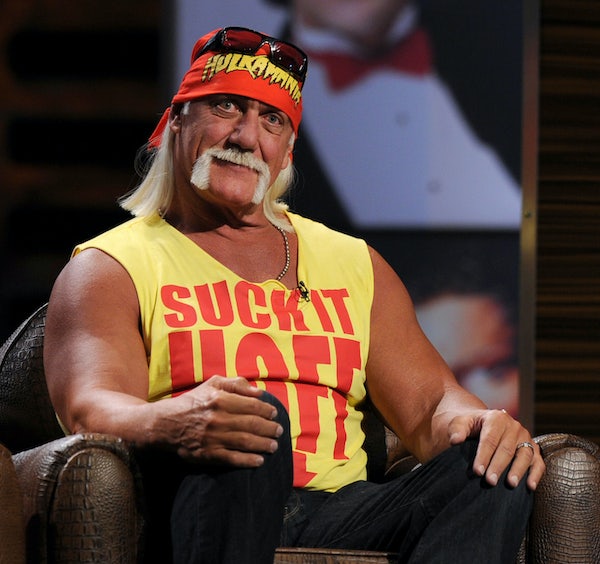 Denton: Hulk Hogan sued Gawker to prevent tapes of him saying the n-word getting out.

Four days after a jury found that Gawker violated Hulk Hogan’s privacy by posting clips from a sex tape featuring Hogan and his friend Bubba the Love Sponge Clem’s wife—ultimately awarding Hogan $140 million—Gawker founder Nick Denton has broken his silence. (Denton was found personally liable for $10 million of the $140 million.)

In a post published on Gawker, Denton decries the verdict as “chilling to Gawker Media and other publishers with a tabloid streak”; argues that it will be overturned in an appeals court, because evidence was withheld from Gawker and material witnesses were “kept from the jury”; and subtweets the editor who posted the video for giving a bad deposition.

But the most notable aspect of Denton’s article is where he lays out what he believes Hogan’s real motivation was for bringing the case: not protecting his privacy, but preventing other, more damaging information from being released. “As our lawyers argued in legal briefs that were kept secret by the trial judge from the public—and even from me—until an appeals court unsealed them on Friday, Hogan filed the claim because he was terrified that one of the other tapes, which memorialized his rant about his daughter dating ‘f-----g n-----s,’ might emerge.” Denton claims that there is more evidence in the form of text messages between Hogan and Bubba. That evidence wasn’t given to the jury, but it may play a major part in Gawker’s appeal.