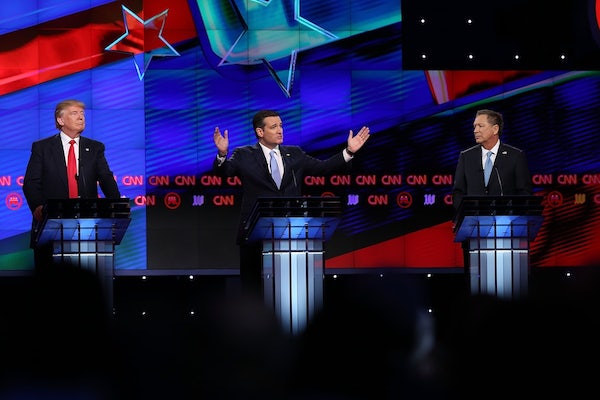 Turning the GOP primary into a two-man race maybe isn’t such a good idea.

The two remaining non-Trumps in the race have argued that the other should drop out, thereby unifying support behind a single candidate to oppose Trump in the final months of the campaign. The assumption is that Kasich and Cruz supporters would rather flock to the other’s camp rather than Trump if their man suspends his campaign. A new Quinnipiac poll questions that assumption.

For Kasich, 46 percent of his supporters say that Trump would be their second-choice candidate, compared to just 37 percent who would back Cruz. Cruz supporters are even less inclined to play along, with 56 percent saying they would vote for Trump and 25 percent favoring Kasich.

Of course, none of this will likely matter in the end: The same poll gave Trump a commanding lead nationally, and he still has a big advantage in the delegate count.